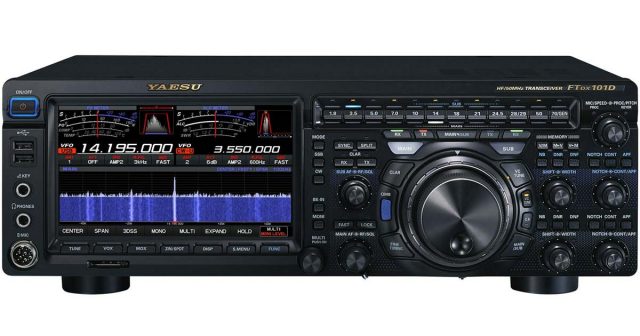 When it comes to luxury, high-tech HF Base Stations that look like they could survive the zombie apocalypse, the Yaesu FT-DX101D is one of those radios that you would expect to see being used in a by the military or intel officers in a high-budget Hollywood movie.

The Yaesu FTDX101D is a high-end radio that transmits on amateur bands from 1.8 to 54 MHz and receives from 30kHz to 75 MHz.

A Prepper’s Look at the Preparedness value of the Yaesu FT-DX101D:

Right upfront, I’m going to tell you that this is no entry-level radio; even experienced hams will probably never use every feature on this radio, but if you are looking to up your game there is not a lot this radio won’t do!

Preparedness Perspective on the FT-DX101D – Here are some of the features we like:

Here is what we didn’t like about the FT-DX101D:

Recommended Accessories and Add-ons for the Yaesu FT-DX101D

Giving a recommendation on an all-band HF antenna for any radio is always hard —  there are just to many variables to really suggest one antenna. That being said, we know we get a lot of new hams on the site so if you are just getting started something like the MFJ-1778 G5RV Wire Antenna is a good place to start.

For this radio, we recommend an Astron 50 Amp Power Supply.

For end-fed random wire antennas or long whip antenna, we really like adding the YAESU FC-40 Automatic Antenna Tuner to our system. It makes use of the control circuitry built into the radio, which allows you to control and monitor automatic operation of the FC-40.

Find The YAESU FT-DX101D on Amazon 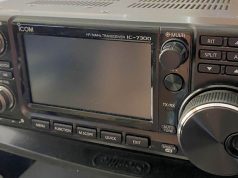