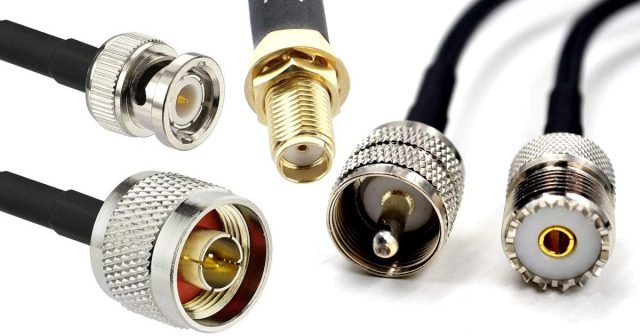 When talking to new hams, it’s the little things that often cause the most confusion. In fact, something as small as an antenna connector can cause a lot of confusion when trying to figure out what you need to get your new radio up and running – especially if you bought some funky Chinese-made radio that decides to throw in some obscure never-before-seen antenna connector.

So today we are going to look at the most common, and a couple of not so common antenna connectors that you are bound to come across at some point during your amateur radio journey.

First we are going to start with what is probably the most common antenna connector you are going to come across, the PL-259 and the SO-239. These two connectors are found on most mobile radios and HF rigs, while that may sound weird – because they are sometime referred to as UHF connectors – the name dates back to when 30 MHz was considered UHF.

The SO-239 piece of the equation is the female jack that will be found on the back of your radio and on your antenna system. Once you get into building your own antennas, SO-239 connectors are what you’ll probably use to start building your antenna.

The PL-259 connector is the male part of the plug, it’s what will be connected to the coax on both ends so that you can plug into the radio and the antenna system.

Find So-239 Connectors on Amazon

The SMA is another popular connector that you will see used quite a bit in the Ham world. The SMA is a lightweight connector that is extensively used on smaller radios like handhelds, especially for RF connections for frequencies up to 18 GHz.

SMAs are strong and use a threaded connection; they come in a wide variety of formats, male, female, straight, right-angled, bulkhead fitting, etc., making them a popular option of radio manufacturers.  and many more enabling it to meet most requirements.

SMA connectors are built to have a constant 50 ohm impedance across the connector.

The Female SMAs are something that are popular on Chinese-made radios Baofeng, Leixen, and Yanton. Because of the popularity of these radios, a lot of aftermarket antennas are starting to be built with male SMA connectors wo they can work with these radios – otherwise you will need a female to male adapter.

A BNC (Bayonet Neill–Concelman) connector is used in a wide variety of ham radio products. It used to be the standard connector for HTs before everyone stared switching over to SMA. We like them because they are easy as hell to use due to its “twist and lock” operation — easy to put on, easy to take off.

The BNC Connector does come in both 50 Ω and 75 Ω options, so it’s important to figure out what connector you need. There are a few radios that still use this connector, and if you own one you should probably keep a few SMA-BNC Adapters around since the marketplace seems to be moving towards SMA.

The TNC connector is exactly the same as a BNC Connector except that it is threaded. These are usually pretty hard to find and I haven’t really seen to many manufacturers adopt them, but because of the threading, they are capable of carrying signals with much higher frequencies than BNC connectors, up to 11 GHz.

Type N connectors are probably some of the best connectors on the market, unfortunately they haven’t gained wide acceptance by manufacturers so currently you probably will not see them used with most radio.

They are waterproof, designed to handle frequencies up to 11 GHz and if you do see them they are most often seen in base Station setups or repeater installations. 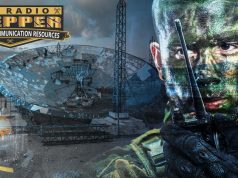 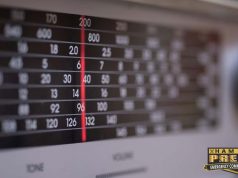 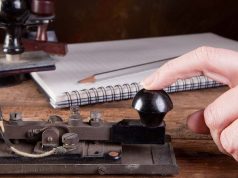