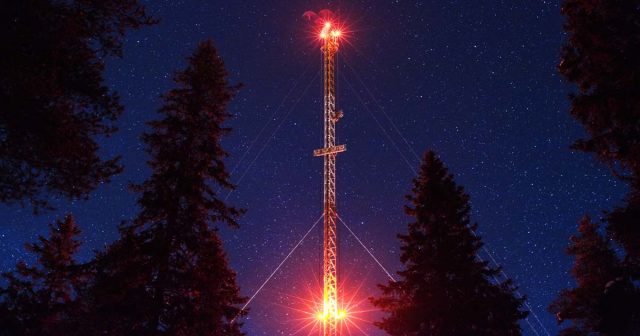 As the world is swept up into 24/7 coronavirus hysteria, people who once mocked preppers and ham radio operators are starting to admit it may not have been the best idea to make fun of these people who now seem like modern-day prophets.

Just a few short months ago, the world ridiculed anyone who dared to prepare for bad times or have a stockpile of food and supplies for their family. Today, those same people they wish they listened – all the while screaming about hoarders and how unfair it is that they can’t find the food they need at the store.

What they still don’t understand is this crisis had nothing to do with preppers; preppers were prepared years ago. 99.9999% of the people standing in four-hour-long lines at Walmart and Costco are not Preppers, and you certainly didn’t see any of them pushing out carts full of toilet paper.

The current hoarding of idiotic things like 10 years’ worth of toilet paper, in large part, is being done by panicked, clueless millennials who once taunted preppers. These same arrogant bastards are now scrambling to figure out what it is they need to survive without being able to run to the nearest Starbucks Drive-Through – which we are seeing reports that in many areas of the country have hour-long drive-through lines for Starbucks coffee. Apparently, these morons have yet to discover the good old fashion coffee pot.

So as we slowly descend into this dystopian, 1984-style nightmare – that we believe is more hype, government control, and hysteria than actual viral danger – the world is starting to wake up to prepping and so-called “old technologies” that many claimed whose time had passed, like Ham Radio.

Ham Radio gear is being bought, and in some cases hoarded like never before, especially cheaply made Chinese radios like the Baofeng. Many of these radios are being bought by people who have no idea what they are really buying, and have been tricked by internet marketers into believing these radios can do everything under the sun.

We’ve been flooded with emails from people asking how to talk to people in Wuhan on their Baofeng. WHAT?

I get it; people want information; but most of the people buying these radios failed to understand the difference between HF Radios and UHF/VHF radios. Hell, most have never even heard of a repeater so it’s not a wonder they are frantically trying to figure out why their Baofeng just gives them static.

For those who are really trying to figure this whole thing out; we’ve created a number of resources that can help out new hams or those looking to monitor radio frequencies during this crisis. Here are some articles that can help:

Unfortunately, 99% of the media is made up of millennial morons who apparently can’t even do basic research, otherwise, they would know we have been doing ham nets and what they call “networking” 50+ years before Facebook, or hell even Myspace (most of them don’t even know what that is).

In fact, we were creating our own packet stations and BBS boards long before Facebook, Twitter, or even AOL Instant Messenger!

Censorship in the edge of unlimited freedoms?

Some, not many, but some are also coming to the realization that the internet they believed would give them access to unlimited knowledge has not only made our younger generations less prepared than any other time in history, but it has also blocked them from the truth and replaced it with spoon feed media-driven bullshit that millennials eat up like it’s God’s spoken word.

The truth is, most independent websites have been bought up by media conglomerates and 90% of what can now be found on “search engines” like Google is sanitized, copy and paste stolen garbage coming from a couple of dozen large media conglomerates who have taken over the internet. The other stuff is deemed as conspiracy sites, the dark web, or fake news that has been pushed hundreds of pages deep into the search results or outright banned from search engines and social media.

Welcome to the new world order!

So what about Ham Radio?

No, you are (probably) not going to be able to hear the police or secret military communications. Most of this stuff has moved to trucked systems (which you may hear with a good scanner) but even most of that has now been encrypted and you will never be able to hear that on any commercial radio. That being said, you can still hear a lot of really weird and interesting stuff including foreign government and military broadcasts, foreign shortwave radio broadcasts, pirate radios, some emergency and government coms, and things like numbers stations and stuff that you may never figure out what you are hearing.

But I do want to put a caveat here – THAT IS NOT HAM RADIO! You can hear these types of broadcasts on some ham radios, but it is not officially ham radio. We can hear these things on our radios, because many HF radios and even VHF/UHF radios still have the ability to receive outside of the traditional ham bands.

Again, I highly advise reading this article Communications Monitoring: The Importance of Radio Monitoring and Intelligence Gathering During Crisis Situations. It will give you a good idea of what you can hear on different types of radios.

Listen, Ham Radio Operators have actual skills. The Radios you can buy commercials are only one small part of the hobby. Many stop at that, and there is nothing wrong with that. But others take it to places that truly do seem a bit magical.

It’s not like signing up for a Facebook account and pretending you know about technology. As you dig deeper into the hobby, you will be amazed by what you can do and how you can literally build systems to send both digital and voice communications around the world with little more than a 9-volt battery, a radio about the size of an Altoids tin, and a couple of wires for an antenna. Most of the people who built the internet, WiFI Networks, and Cell Networks were Ham Radio Operators. It is radio technology that is responsible for all of it – most people never think about that as they browse the internet from their phone! 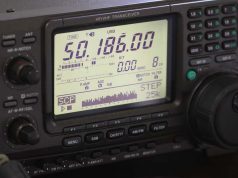 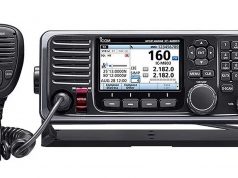